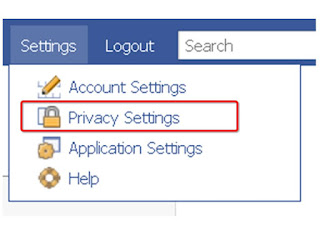 *PRIVACY NOTICE: Warning--any person and/or institution and/or Agent and/or Agency of any governmental structure including but not limited to the United States Federal Government also using or monitoring/using this website or any of its associated websites, you do NOT have my permission to utilize any of my profile information nor any of the content contained herein including, but not limited to... my photos, and/ or the comments made about my photo`s or any other "picture" art posted on my profile. You are hereby notified that you are strictly prohibited from disclosing, copying, distributing, disseminating, or taking any other action against me with regard to this profile and the contents herein. The foregoing prohibitions also apply to your employee(s), agent(s), student(s) or any personnel under your direction or control. The contents of this profile are private and legally privileged and confidential information, and the violation of my personal privacy is punishable by law. UCC 1-103 1-308 ALL RIGHTS RESERVED WITHOUT PREJUDICE

It is recommended that other members post a similar notice to this or you may copy and paste this one. Thank you. This is now a publicly traded site, Protect Yourself!


So, this (or similar versions) has been showing up on Facebook. A little notice that people believe will protect themselves... from what? I am not sure. Posting something like this will not stop any entity from utilizing comments or your profile information if you have given permission to the public to view.

Bottom line? Don't waste your mouseclicks. This is an Facebook hoax at its best. ☺

A Mouse is a Mouse: Types of Mice


Do you know the differences between computer mice?  Did you know there were a number of different kinds?  Well, today let's look at some of the choices. 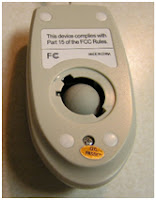 The old style mouse was a mechanical mouse, easily identified because on the bottom side of the mouse, you would find a ball that tracked your movement and translated that movement to the screen. This mouse worked best on a mousepad and often needed cleaning.

An optical mouse uses an LED to detect movement relative to a surface.  The laser mouse uses an infrared laser diode instead of a LED to illuminate the surface beneath their sensor. These mice generally cannot track on glossy and transparent surfaces. These are powered by the computer.

A trackball mouse is almost an upside down mechanical mouse.  It can be manual or have laser tracking.  This works well if you don't have a lot of space and you will never have tangled cords or never need to readjust the mouse for scrolling.

Of course, you won't have tangled cords if you use a wireless mouse, often utilizing a small USB Wireless receiver plugged into your computer.  Wireless mice have batteries that will need to be replaced occasionally.

So now you know that not all mice are built the same! ☺
1 comment:

I was late for my meeting with the CEO of a technology company and I was emailing him from my iPhone as I walked onto the elevator in his company's office building. I stayed focused on the screen as I rode to the sixth floor. I was still typing with my thumbs when the elevator doors opened and I walked out without looking up. Then I heard a voice behind me, "Wrong floor." I looked back at the man who was holding the door open for me to get back in; it was the CEO, a big smile on his face. He had been in the elevator with me the whole time. "Busted," he said.

Click on this link to continue reading this article.
No comments: