Congratulations to the 2012 inductees into the Internet Hall of Fame!

Take a few moments and visit the Hall of Fame Website.  The nominations are very impressive with the incredible impact they have had on the Internet, its development and growth.

Global Connectors
Recognizing individuals from around the world who have made significant contributions to the global growth and use of the Internet: Randy Bush, Kilnam Chon, Al Gore, Nancy Hafkin, Geoff Huston, Brewster Kahle, Daniel Karrenberg, Toru Takahashi, and Tan Tin Wee.☺
No comments:

Hot Tip: Save Your Computer from Power Surges 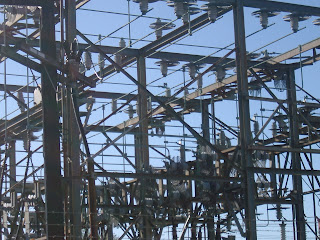 When you bought your computer, it probably was suggested that you buy a surge protector (not a power strip which lacks the protection against power fluctuations.  This may protect your computer from disruptions in the flow of power. These disruptions, also called  "surges", "spikes" and "blinks" or "flickers", can be as quick at few nanoseconds (1/100 of a seconds or less) and yet they can do extensive damage.  A in inexpensive surge protector probably will protect your computer from the minor blinks and flickers but during a storm, it could easily let you down, causing damage to your system and your pocketbook.

When storms roll through, another computer related problem can occur, leaving you without a computer. Electricity can be carried through the phone lines and cables, frying modem and computers. You can add a phone surge suppressor at a very low cost, once again saving your system from a meltdown.

For a little more investment, you can purchase a backup UPS system which can give you time to shut down your computer in case of a power outage, phone surges and power fluctuations.

Many of these surge protectors can limit the damage of a power fluctuation, but the best defense from storms and potential direct electrical strikes is to shut down and unplug your computer and peripherals (printers etc) and any phone or cable connections. Note: A surge protector doesn't protect your computer or any electronic device from a direct lightening strike.  You may want to check your homeowners insurance for that coverage. ☺

What are those F keys at the top of the keyboard?

So what do you use those F-keys on the top of the keyboard?  Well, those are called "function keys" and they are date back to the old days when computers used DOS. We don't use them much now but they can be used to perform shortcuts on your computer.

So, do you get tired of the same ol', same ol' background picture on your desktop?  Do you wish you could change it out regularly? Maybe use some images from your photo club, your Facebook page or a Picasa Web Album?

Introducing John's Background Switcher. I am really impressed with this little program that gives you so many options, even let you surf for... let's say, Horse Pictures!  JBS can also change the background for the Windows logon screen. 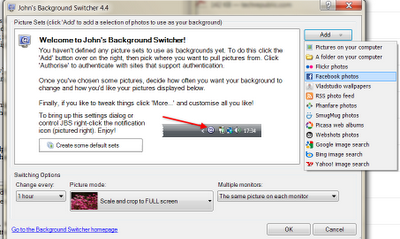 Note: This program is donationware. It is free to use, but the author accepts and encourages donations towards further development. ☺
No comments:

Looking to the Future: The Microsoft Surface

Just announced, Microsoft will soon be hitting the market with the iPad competitor, the Microsoft Surface which will run Windows 8 or Windows RT. - Has a keyboard that attaches magnetically, creates its own cover and comes with a built in "kick" stand! Maybe they were listening. Looking forward to hearing more about this one. ☺