Judge Sciarrino said, "If you post a tweet, just like if you scream it out the window, there is no reasonable expectation of privacy. There is no proprietary interest in your tweets, which you have now gifted to the world..."

Tweeting is very different from a private mail, private chat or other forms of private online communications, Sciarrino wrote.

"Those private dialogues would require a warrant based on probable cause in order to access the relevant information. " The same is not true of public tweets, he noted.

"It's one thing for the police to overhear a person shout an incriminating statement. We agree there would be no expectation of privacy" in those situations, Rotenberg said. "But when the police go to a communications service provider and demand that the company turn over records of a customer, that is a very different scenario."

In an amicus brief filed with the court, EPIC and other groups, including the Electronic Frontier Foundation and the American Civil Liberties Union, noted that prosecutors were not asking just for the content of Harris' tweets -- the subpoena also sought the date, time, and IP address Harris used each time he logged into his Twitter account over a three-month period.

The privacy groups contended that seeking such information without a warrant is a violation of Harris' First and Fourth Amendment rights.


You can read more about it in PC World's recent article, 'Twitter Ruling Disappoints, but Doesn't Surprise Privacy Advocates'.
No comments:

More and more technology is finding its way into the classroom and into the homeschooler's curriculum.  Today, I found an infographic (a visual representation of information) geared toward education. I always had problems with affect and effect. Now I know! There is a whole new employment opportunity for graphic artists that can put together infographics that are understandable, meaningful and helpful. There is even software now available to help non-designers put together effective instructional tools for visual thinking.

As you can see, I am taking a few days off but I will be back with our regularly scheduled posts and lots of great information. Thanks for standing by!! 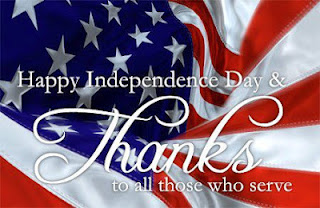