There are still people out there running XP even with the various suggestions to upgrade or change (see our previous article).  If you are still running Windows XP, there actually is a new patch out there for your system.

Cut the Cable Cord and Save!

As I believe I have written about in the past, we no longer have satellite or cable television.  We gave it up a number of years ago when we realized we were paying about $10 per show since we didn't watch that much TV. And the shows were were watching were shows such as Alton Brown's Good Eats, Mythbusters and the Andy Griffith Show!  For a while my husband and son did watch Braves ball games but with their busy schedule, that fell by the wayside.  We did consider downgrading our package but then we wouldn't have any of the channels we wanted to watch.  Yes, I am aware that we could be considered boring old fogies.

So, I after a failed experiment with creating a media computer,  I decided to purchase a Roku.  There are many similar boxes out there, such as the Apple TV or Chromecast.  I like our Roku boxes and with YouTube being added recently to our newer streaming box, it is an added bonus as there is a lot of material on YouTube to follow and enjoy.  The cost of the box was a fraction of our yearly satellite bill which ran around $65 per month at the time.

Now, I pay for Netflix streaming which as some 9,381 movies and 4500 TV shows. Then there is my  Amazon prime account which I keep for the shipping and have the added benefit of an additional 40,000 streaming movies and TV shows.  My son pays for Hulu Plus, but my husband and I have plenty with the channels plus the new YouTube channel.  For example, we just finished watching a Hasta Alaska where some young people are driving from Chile to Alaska in a VW bus. A little insane but hey, what a road trip!

So, with the streaming boxes paid in full and the streaming less than $20 per month, we have more than enough TV/movie entertainment. If we need a baseball fix, we head over to the Rome Braves Stadium and enjoy some sunshine, hot dogs and ice cream.

Don't have a streaming box?  Well check out this article  about a laptop and streaming from your computer.  Poof! You have just saved a bundle! ☺ 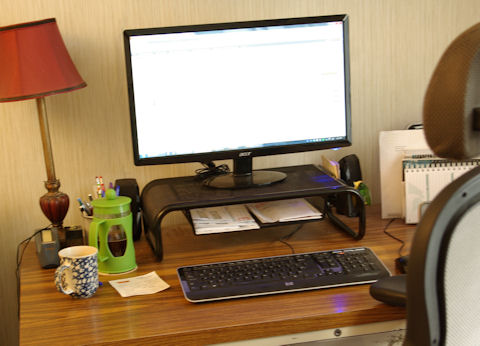 There is almost always a cup of coffee on my desk. Yes, ALWAYS.  But there is a risk. Once a keyboard is wet, it is a gonner.. toast, terminated.

When my daughter was much younger, in elementary school, she was home after school and wanted to help clean house so she took my proprietary keyboard from my Amstrad 8086 Dual Floppy computer (now a museum piece). and washed it.  As in, put it in a sink of soapy dish water and washed it.  It was very expensive to replace the micro-controller for that keyboard let me tell you!

Well, it isn't really new but there are some washable keyboards on the market now.  Logitech has a the scrubbable, submersible, spill-proof, K310 Keyboard that has pretty good reviews.  Kensington K64407US Pro also has a washable keyboard with anti-microbial protection for a little bit less money.  There are also washable mice but those are usually covered in silicone which I personally would prefer to not hold onto throughout the day. I did find the Seal Shield Mouse that has rave reviews for wet environments and quite a bargain for under $30.

So, if you have kids, are a little bit sloppy or clumsy, this may be your best bet for the future of your computer peripherals. ☺

Write yourself in the future. 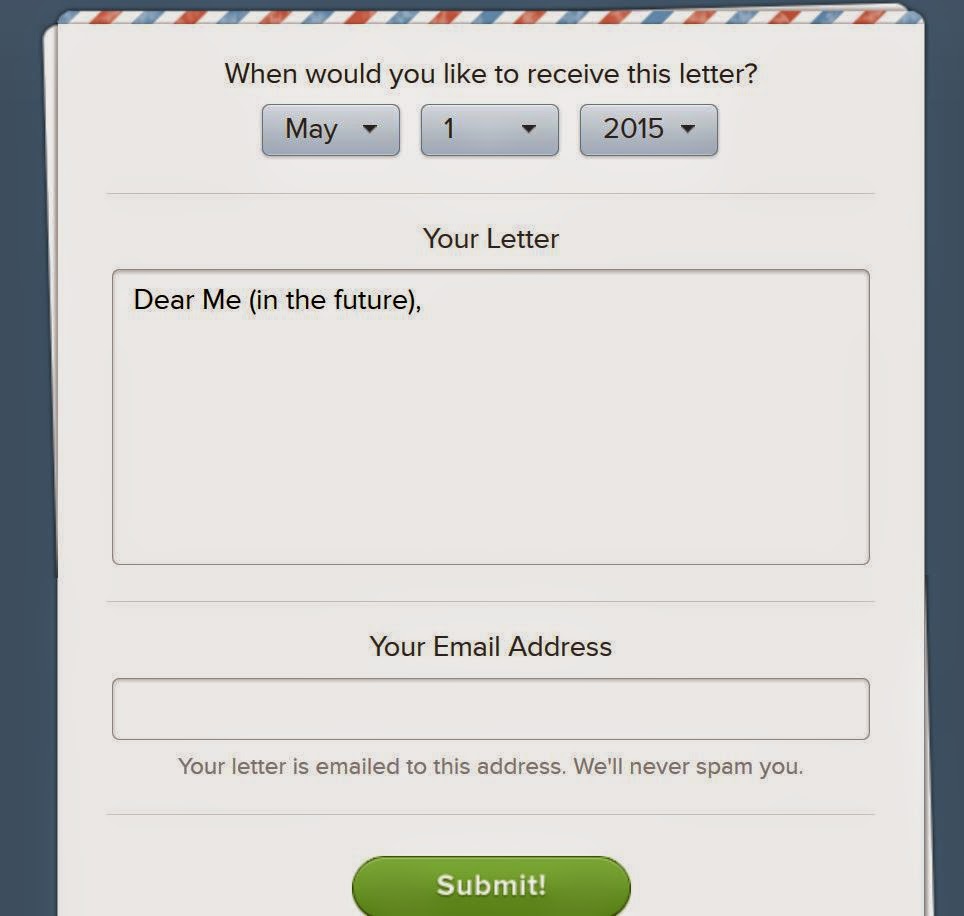 Here is a cute freebie...  OhLife will send you an email in the distant future.  Might be a great opportunity for high school grads to send themselves a letter or new parents to their children. The possibilities are endless.

Just pop over to OhLife's website and add your email. They say they don't spam.

Oh and what else does OhLife have? They allow you to write yourself a private blog, probably more like a diary, just for you.  Write the story of your life!☺
No comments:

It's a Beautiful Day Outside


You have reached the very last page of the Internet.

We hope you have enjoyed your browsing.

Now turn off your computer and go outside.